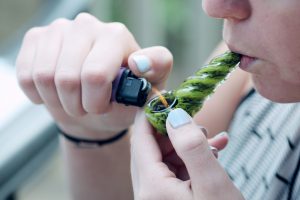 As the head of Teen Decision, and an adult who cares about teens, I was part of a group of citizens that helped convince my aldermen to vote to opt out of allowing recreational marijuana dispensaries in my town. But even if they’re not coming to my town, or yours, they WILL be in the suburb next door as of January 1. We need to be vigilant as parents to send a clear message that marijuana use hurts the teen brain, even if our state government has deemed it safe for adults. Teens have gotten their hands on marijuana even while illegal in Illinois to be sure, but permissive attitudes among those in the marijuana industry contributes to a rise in selling marijuana to minors (studies from Washington State and Oregon).  A Colorado study found that about half of youth in outpatient substance-abuse treatment reported using diverted “legal” marijuana.

Besides negative affects on the teen brain, according to a CDC fact sheet, “studies show that sexual risk behaviors increase in adolescents who use alcohol, and are highest among students who use marijuana, cocaine, prescription drugs (such as sedatives, opioids, and stimulants), and other illicit drugs. Adolescents who reported no substance use are the least likely to engage in sexual risk-taking.” Oh, and the CDC fact sheet says one risk factor might be YOU:  “Favorable parental attitudes towards the problem behavior and/orparental involvement in the problem behavior.” Yet another reason to make it clear that you expect your child to make wise choices, and say NO to drugs, and maybe set the example by opting out yourself (at least for now) for the sake of your teen.