Almost a decade ago, I attended a seminar on human trafficking, and was astounded to find out that it happens here…in America…to vulnerable teens. It could happen to your neighbor’s child, or your child’s schoolmate or friend. The Daily Herald, in an article about a newly opened home for those rescued from sex trafficking, said: “The average age of entry into the life of trafficking is 12-14 years of age, and recruitment of these young girls and boys often happens through social media and online grooming tactics.”

Geoff Rogers, co-founder of the United States Institute Against Human Trafficking (USIAHT) said in an interview that the U.S. is the biggest consumer of sex in the world, and that “We’re also driving the demand with our own people, with our own kids.” Rogers noted that “there are tremendous numbers of kids, a multitude of kids that are 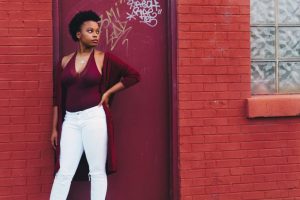 being sold as sex slaves today in America…50 percent to 60 percent of them coming out of the foster care industry.” The State Department in 2017 reported that children who are at special risk include those in foster care, homeless youth, undocumented immigrant children and those with substance abuse problems. This article includes real stories of trafficked youth (it’s from a faith-based site, but is still informative for all audiences). The article talks about how we can be alert to situations that might be going on in front of our eyes, and also includes information on a film on human trafficking that will be in limited release in theaters January 23.