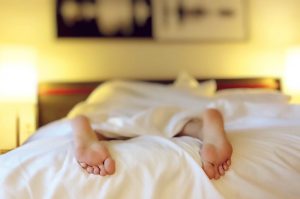 Some school districts, according to one article on teens and the neuroscience of risky behavior, have taken to heart studies that connect sleep deprivation to teen risk-taking–such as drug and alcohol use, and risky sexual behaviors: “Dozens of studies on the effects of increasing sleep by delaying school start times—a move endorsed by bodies such as the US Centers for Disease Control and Prevention and the American Academy of Pediatrics—suggest that many of these problems, including risky behaviors, improve when schools start later.” But even if you’re lucky enough to live in such a district, that that still doesn’t mean your child is getting enough sleep…they may just be staying up later.  Many of us are worried about the late night Netflix binging, the social media surfing, and the general tendency of teens to stay up too late.  And there’s reason to worry! This article on sleep-deprived teens (those who don’t get the recommended 8-10 hours), states that “researchers found that adolescents who were short weekday and short weekend sleepers (i.e., those who consistently did not get enough sleep) were nearly two times more likely to engage in unsafe sex than those who slept in, on average, an extra 3.5 hours on weekends.” Said the researchers: “Our recommendation is for parents and teens to find a middle ground, which allows for some weekend catch-up sleep, while maintaining some level of consistency in sleep-wake patterns.”

Besides letting them catch up on the weekends, wouldn’t it be better to send your child to school well-rested every day? Why not have some parental backbone, set some bedtime rules, and stick to them. In my home, I’ve for 6 years filled my empty nest with foreign students going to high school in America. This year I have four of them! The international program at the school has rules that I’m expected to enforce as a host parent. One of them is that studying happens in a study area downstairs, and bedrooms are device free. If that seems impossible to imagine implementing without all-out mutity, what about “Devices on the hall table by 10:30.” If you’re tech savvy you can do what my husband did…turn off the wifi at a certain hour at night, and don’t get an unlimited data plan for the cell phone.

If you need fortification to be tough…remember, it’s for their own good!