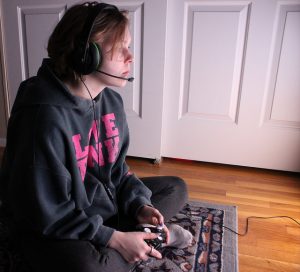 Fortnite is the game every teen is talking about. It’s a multi-player shooter survival game (Mac, PlayStation 4, Windows, Xbox One, IOS app, and soon on Android), with free and paid versions.  The obvious violence (it’s about killing with weapons after all) is not graphic–no blood or gore. It is “cartoonish” rather than realistic. No sex, no nudity, although the bodies of the female characters are exaggeratedly curvy. One article explains why it’s so popular with kids: “Well, it’s free, it’s fun and it has a very silly, offbeat sense of humour. While PUGB has a serious, realistic visual style, Fortnite: Battle Royale has very bright, almost cartoon-like graphics as well as loads of ridiculous items and costumes, such as space suits and dinosaur outfits. You can also pull a variety of dance moves during the game, and some of these have taken on a cult appeal in schoolyards around the globe.”

I always urge parents to check out games, videos, etc. on Commonsense Media, and I also found a Good Morning America video discussing the game, its addictive qualities and how to set limits…things most parents are concerned about.