You may have already received an alert from your child’s school about a new trend. High school and middle school social workers are seeing sharp increases in the use of e-cigs that look like common products that don’t raise the suspicions of parents or teachers.

A report by CBS Chicago (VIDEO 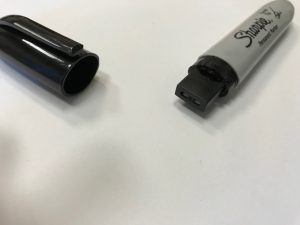 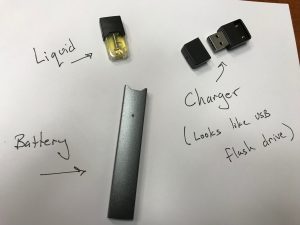 ), discussing the trend in area schools, including suburban schools, says: “Some devices look like flash drives and recharge plugged into a laptop. The devices are smaller and easier to hide, and it seems less like smoking real cigarettes. ‘It’s not as smelly, or it’s marketed with fruity flavors or sweet dessert-type flavors,’…. But many of the sweet liquids still contain nicotine. One of the most popular brands now, Juul, says on its website the amount of nicotine in one pod is equal to a pack of cigarettes. A 2016 Surgeon General’s report found nicotine exposure during adolescence can be addicting and can lead to the use of traditional cigarettes and drugs like marijuana.”

Maybe it’s time to take a closer look at that flash drive your son has on his nightstand, or the Sharpie in your daughter’s backpack. And, as always, talk to your kids about the pressures and risks they face.