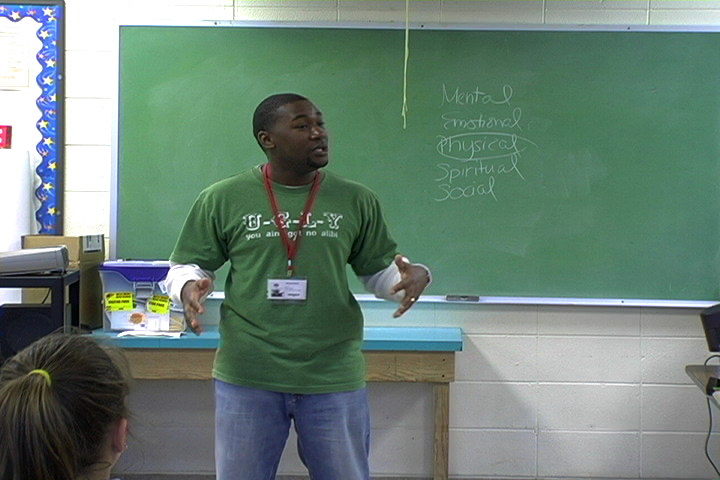 In 2000, schools in DuPage County began asking a local social services organization if they could provide speakers to talk about the risks of sexual activity and the challenges of being a teen parent. That nonprofit began to provide testimonial speakers along with two days of education about the emotional and physical risks of sexual activity.  As the program grew, the curriculum was expanded to be more effective, and was adapted for multiple grade levels. In 2004 it was awarded a large federal grant and grew its staff and the scope of the program. Services expanded to include up to five days of healthy relationships education, and parent workshops.

In 2007, the program received another multiyear federal grant, and at the same time became more holistic in addressing teen decision-making in the area of sex and relationships. Five years after the end of the grant, the founding nonprofit realized that it could not financially continue to offer this in-school program to the 10,000 students served yearly, and concluded its involvement. In the summer of 2015, a new nonprofit took over the program, much to the delight of teachers who had heard there would be no more program!  Teen Decision was the name chosen under the 501c3 that brought it under it’s wings, and since then we have offered factually-accurate, engaging presentations to teachers for their students, all delivered by caring educators. Teen Decision continues to strongly believe that teens can choose a healthier, more successful future when they are accurately-informed, well-equipped and inspired as agents of their own future! Tori Libby, a 20-year veteran teen health educator, now serves as Program Director for Teen Decision, while still leading parent workshops and enjoying classroom time with teens. Her staff of experienced educators serves classrooms in primarily DuPage County, but touches a 5-county area, from Elgin, to Oswego, to Hinsdale, to Bensenville.

One thought on “History”