We want our kids to be safe…but they think we’re the enemy when we limit their time with friends. They can become hostile when we don’t give them the freedom they want…and it can feel like THEY are the enemy of peace in our homes. But what if we  recognize that w 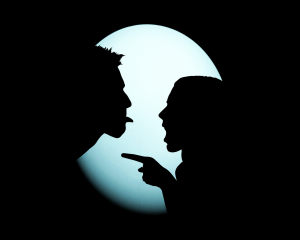 e’re all facing a common enemy…a virus that has upended all of our lives. An article in the Chicago Tribune recently posited this very thing…and pointed out that the situation we find ourselves in can actually be an opportunity to recognize and avoid common unhealthy types of conflict: “Being a bulldozer — just running people over. Being a doormat — just letting yourself be run over. And being a doormat with spikes, which is basically passive-aggressive behavior: Using guilt as a weapon or playing the part of a victim or involving third parties even though it’s really a two-party disagreement.”

Several ideas on working through conflict are given in the article. A tried-and-true strategy is to show empathy by listening carefully enough to someone else’s viewpoint that you can repeat it back. “Parents and kids should try adopting and repeating each other’s opposing positions” suggests Lisa Damour, clinical psychologist, and best-selling author quoted by the Tribune.

Sometimes just giving each other much needed space can do wonders.

The article mentions that families can “neutralize” the need to have some alone time by agreeing that no one should feel rejected if someone in the house just needs a break from all this togetherness. A break can be as simple as YOYO (you’re on your own) for dinner several nights a week. One teen suggested an in-house sabbatical…a day apart in the same house. Maybe you can come up with something for your home that takes down the level of stress by giving you a breather…and a chance to appreciate each other when spending time together again.