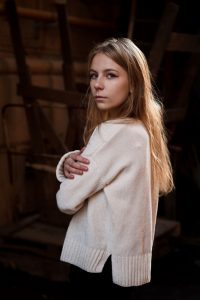 A while ago, I had a teen living in my home for a few months who engaged in self-harm behavior…in this case, scratching her arms with her fingernails until she bled.  She revealed it the first time it happened, and got help from a counselor. But most parents don’t find out as quickly as I did, and most teens hide their behavior.

Who self-harms? The behavior is more common among girls than boys, and among adolescents (17% say they’ve self-harmed at least once) than adults (only 5%). The American Psychological Association says it is “characterized by deliberate self-inflicted harm that isn’t intended to be suicidal. People who self-harm may carve or cut their skin, burn themselves, bang or punch objects or themselves, embed objects under their skin, or engage in myriad other behaviors that are intended to cause themselves pain but not end their lives…. The most frequent sites of self-injury are the hands, wrists, stomach and thighs.” Teens are not seeking attention, but relief from emotional pain, and will hide their injuries…by wearing long sleeves, even in hot weather, for instance. NAMI (The National Alliance on Mental Illness) has more information about self-harming HERE,  and a Psychology Today article discusses it as well, with 10 tips for reducing self injury.