Much of the gossip in the hallways of the middle and high schools Teen Decision serves is about who is dating whom, and which couple just broke up (usually with a lot of drama).  It’s “sweet” and “romantic” in the beginning, sure. But…give it a few weeks or months, some significant pain and heartache, and one or both decides it wasn’t love after all.  One teacher who has Teen Decision come speak to her students said: “Most kids are shocked when they find out that their high school sweetheart probably won’t be their forever.” 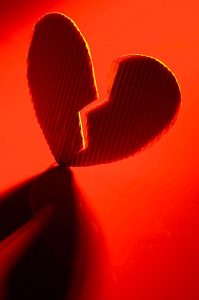 So what WAS it then?  Those feelings were so REAL!

As we help our children process the intense feelings that are sure to come with romantic attraction and attachment, it would serve them well if we also helped them understand the “chemistry” of love.

I was sent this fantastic video by a representative of the DuPage County Health Department who has seen the Teen Decision program.  It talks about the “chemistry” of love, and the need to avoid making any premature decisions that commit more of you, your time or your resources, when in that initial (and transitory) state we might more accurately call infatuation. While targeted to young adults, it would make an interesting conversation to watch this with your teen, especially in regard to how physical touch and quick commitment can lead to not just heartache, but lasting consequences…like teen pregnancy and STDs. A few questions to ask after watching the video together might be: