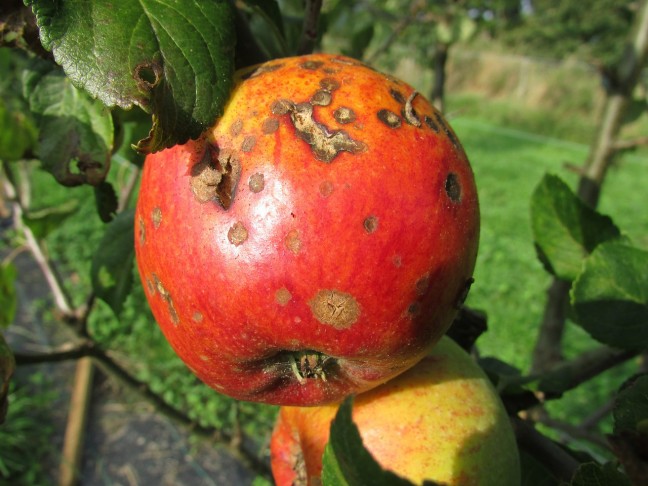 Most of the stats that we include on our site, in our blogs, or in our classroom instruction refer to the general population of the US. While they are generally accurate, and I can confidently say they reflect many if not most situations, there are always exceptions. We teach at over 35 schools whose health classes vary in size from 5 (yes, 5) to 90. In almost a decade of experience, I have seen a school’s cultural attitudes about sex shift in both positive and negative ways. My experience has taught me a lot about the power of one Bad Apple.

In any given school climate, regardless of how hard teachers, parents, and administrators have worked to instill good values in their students, you occasionally run across a cluster of kids making poor decisions at a disproportionately greater rate. This can happen in both public and private schools, though ironically I find the power of a Bad Apple is more potent in the private schools, simply because they are smaller. It might look like this: at a middle school that almost always has “good” kids, where hardly anyone has actually had sex, suddenly a class comes along that misbehaves more in 6th grade, rebels more when they get to 7th grade, and by 8th grade, the principal is dealing with cases of oral chlamydia.

I don’t have time or space to dissect the sociology behind the phenomenon, but I do want to discuss what parents should consider and how they can help inoculate their child against it. First, I should say that there isn’t always just one “Bad Apple.” I use the term to refer to how an attitude or idea can slowly seep into a population and turn an otherwise positive culture into an unhealthy one. It might start with one person, but one could rarely actually pinpoint that person. So be slow to point fingers.

Parents do need to recognize, however, that the power of a bad apple makes it impossible to completely shield their child from negative influences. For example, I had a friend whose parents sent her to a Christian school, hoping for the environment to shield her from the worst of popular culture. In hindsight, however, she had a harder time making good choices than a similar friend at a public school. In the small, private school, a few bad apples had introduce and normalized oral sex among the students. My friend had been taught to follow the Christian culture of her school, so when oral sex was normalized among her supposedly Christian peers, she felt like it was okay to go along with it. In contrast, my friend at the public school had been taught not to go along with the crowd and to expect to stand out (she was also from a strong Christian family), so when her friends started engaging in oral sex, she figured it was another thing to avoid rather than follow.

The difference between the two is that my friend in the private school had not been taught to recognize and steer clear of the influence of a bad apple. When parents ignore the possibility that an otherwise positive, healthy culture can suddenly become hijacked by a bad apple, they can fail to teach their child to make good decisions despite an unhealthy culture.

What can you do? Talk to your teenager about how the poor decisions of others can influence their thinking, normalizing unhealthy behavior. Here is an example of a small high school of about 300 that suddenly faced 20 cases of Chlamydia. My guess is that a bad apple influenced the school’s cultural attitudes about sex, resulting in high rates of risky behavior. Would your teen know what to do if 20 of their friends were making unhealthy decisions? How would they respond?