I imagine that a fair amount of teens feel like they’re missing out on “normal” high school life…especially the dating part.  Catching that cutie’s eye in class, flirting in the hallway, sharing phone #s, texting, and then…dating itself. To a teen, dating can feel like proof that you’ve “arrived” socially. If you were to quiz middle schoolers about their expectations about high school, dating is way up there in hopes and dreams for those 4 years.

Maybe you want your teen to experience normal dating, because…well, it IS a sign of normal development for our kids to date, right?

New research from the University of Georgia, published online in The Journal of School Health, examined the assumption that dating is “normal and essential for a teen’s individual development and well-being.” Lead researcher Brooke Douglas notes that “The majority of teens have had some type of romantic experience by 15 to 17 years of age” suggesting

to some researchers that dating during teenage years is a normative behavior. “That is, adolescents who have a romantic relationship are therefore considered ‘on time’ in their psychological development.” So, wondered Brooke, would non-daters have some deficit in social development? Are they the stereotypical social misfits?

Takeaway? If your child has not entered the dating scene (or is missing it during this shut-down)…reassure him or her that it’s actually perfectly “normal” to enjoy high school without dating…and they’ll probably be happier for it! There are plenty of other fantastic friendships and experiences awaiting them in middle and high school.

I recently came across the OK, Inc. YouTube channel, with dozens of videos on topics teens say they want addressed…things such as date rape, bullying, sexting, abusive relationships, substance abuse, etc. These videos use high school students as actors and portray realistic scenarios. I watched several that have been viewed by millions, and can recommend them as excellent tools for parents and teachers. 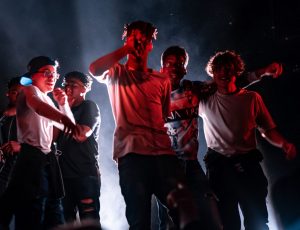 after making a poor choice. Every video has an example of friends who help their friends along the way.  Parents, don’t we want to see our child learn now how to have good relationships, choose well when faced with negative pressures, and to BE a good, supportive friend to others who are caught in bad decisions, or bad relationships? Sometimes, all the good advice we know we could give is better received coming from peers. These videos provide a creative way to open conversations with our children about the pressures and problems they face in everyday life, without coming across as too “preachy.” I urge you to watch and discuss as many of these videos with your teens as possible. 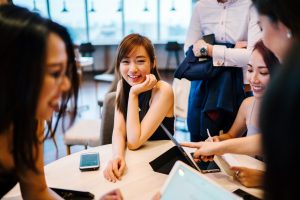 I’m in middle schools and high schools almost every week. Just walking the halls,  I’m reminded of the jockeying for position that is so much a part of teen social life. But popularity isn’t all it’s cracked up to be, according to research reported on by Mitch Prinstein, PhD., in Psychology Today.  Whereas being “popular” in earlier grades is linked to likability, in the teen years, it’s more a measure of status. Prinstein (who studies popularity and wrote a book about it), “adolescent brains start to become really tuned in to who is getting the most attention, who seems most powerful, influential, and who everyone else wants to look at the most.” Those popular kids actually are not very well liked! And years later they even have less positive life outcomes. The message, for those of use who were/are not in the “popular” group, is to be aware of the influence of popular kids…and the possibility of being manipulated by them. Having a few good friends who appreciate us is good enough! For the popular teen, it’s a good idea to do a “check” and see if likability is what’s driving popularity…or some of the darker things mentioned in the article.

Dr. Prinstein wrote “A Letter to Teens about the Science of Popularity” that would be great to pass on to your teen. Even better, read it to your teens out loud, and ask them what they think. It could lead to some great conversation, bonding, and increased understanding of your teen’s heart and the social world he or she inhabits every day.